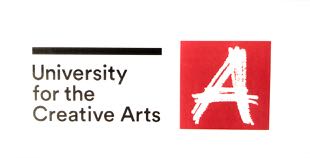 This exercise poses a question related to psychogeography – ‘do you think it’s possible to produce an objective depiction of a place or will the outcome always be influenced by the artist? Does it even matter?’

It is helpful to first be clear on what is meant by objective. A dictionary definition of objective: ‘(of a person or their judgement) not influenced by personal feelings or opinions in considering and representing facts:  historians try to be objective and impartial.   Contrasted with subjective. Not dependent on the mind for existence; actual:  a matter of objective fact.’

There may be an argument that because a camera is a machine the depiction it renders is objective. However, this would be a fallacy. The photographer takes numerous decisions in making an image. Which place to photograph, when to visit the place, where to stand when photographing it, what technical settings to use when taking the photograph and how to approach post production et cetera.

Examples of these decisions can be illustrated in the works referenced in the OCA materials. In Mark Power’s 26 Different Endings he made one photograph at locations from each of the fifty-six pages meeting the edge of the London A to Z. The place was influenced by his choice of process for making the work and within that process, which place he chose from each of the page edges. On arriving at the place, he chose where to stand, which perspective to photograph, when to press the shutter and what to include in the frame. If he took several photographs, he would have edited to arrive at a final selection, making another choice. His choice of camera, lens and film (if not digital) would have affected the rendering of the images. As would his approach to post production.

There is always a chain of decisions leading to the making of an image, which perhaps make absolute objective depiction an impossibility. It is debatable whether there can be complete objectivity in any field and the question has been researched, for example, in Douglas Heather’s The Irreductable Complexity of Objectivity . But does it matter this matter when making art works? In art the subjective perspective of the photographer is expected, along with a voice and style that make that perspective interesting. In contrast, when viewing a forensic photograph of a crime scene, one would expect strict conventions to be followed.

I suggest that the lack of objectivity does not matter and perhaps it is even completely irrelevant in the context of art.