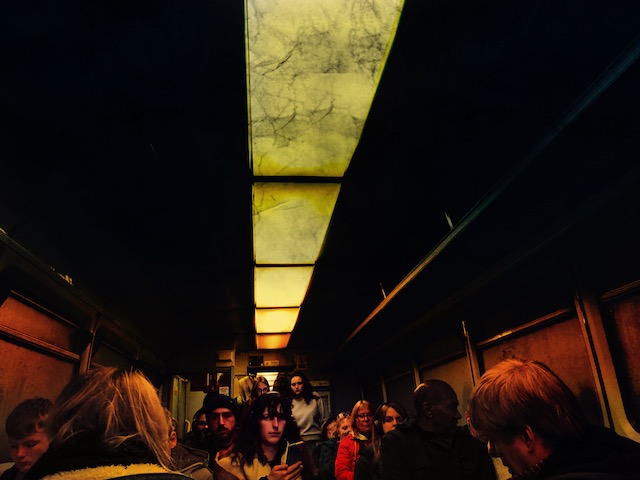 I’ve been on a long break from photography, while enduring a long commute to a client for a three month project that turned into six months. This left me with little available time, other than that found during train journeys. There was time for reading when the quality of the Northern Rail carriages allowed and watching downloaded films or television shows. There was also iPhone photography (#iphotography), some of which I posted to my @snappedpixel Instagram account.

I’d already been reflecting on straight photography and how much of it lacks visual reward – a shot of something banal that is justified by an unseen concept (and unknown, unless context is provided). Andrew Conroy’s presentation to an OCA North meeting made me question further – his work contained a mix of straight and ‘manipulated reality’ (Fixing Shadows); when asked which he enjoyed more, it was the manipulated works. Talking to painters after Andrew’s presentation they confessed to being generally non-plussed by some straight photography, observing that without knowing the concept, they simply didn’t find it interesting.

The academic blog Fixing Shadows contains a discussion on straight photography and what its opposite might be – how to define it without the pejorative reference to pictorialism. The general view was that it is far easier to define ‘straight photography’ than its other. One respondent noted he found it a shame/amusing that the photographic world had been come obsessed by such questions, and would benefit from spending less time debating and spend more time making images.

I decided to experiment with ‘manipulated photography’ using my iPhone and the icolorama app which allows a high degree of control over manipulation (in contrast to the automatic filter based apps).

I found the process of augmenting the captured ‘straight’ shot to convey my internal perception rewarding. In the Leeds train station shot the red and blue tones are exaggerated as is the blurriness of the steamed window. I experimented with other manipulations that are shown on my Instagram feed. My conclusion is that as long as one begins with a pre-visualised manipulation it can be used to express an artist intent through photography – though there is also room for the unexpected ‘accident’ in the process.

I’m about to return to camera based work for the course, and will not be as attached to straight representation after the ‘iphotography’ experience.

2 thoughts on “On straight photography”