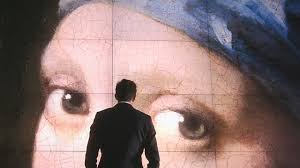 I watched episode 2 of James Fox’s (art historian) BBC series The Age of the Image – ‘James Fox explores how mass communication and new technology helped 20th-century image-makers transform society, from Leni Riefenstahl’s propaganda films to the moon landings.’ (https://www.bbc.co.uk/programmes/m000g6mj) . It was a slick enjoyable programme with rich content from throughout the twentieth century. The theme ‘power games’ stated that all images are political was developed by showing the misuse and use of power – from Stalin and Nazi Germany to the American black protest movements.

A central idea was ‘if you control what people see, you control what they think’. This is something I’ve addressed in my dissertation draft ‘understanding the canal’ and how it is a contested space. Watching the images in the programme pulled me back to thinking about how I might visually represent the canal. In these grim times, I was toying with the idea of working with the ideas of canal time and the materiality of water from an aesthetic perspective, rather than a deliberately political angle.

However (and as my CS tutor suggested as an aside in my tutorial), perhaps there is a more nuanced approach that deals with both aspects. One idea I will try is contrasting the canal as a regulated space with the fluidity of water and canal time.

One thought on “Power Games | The age of the image”