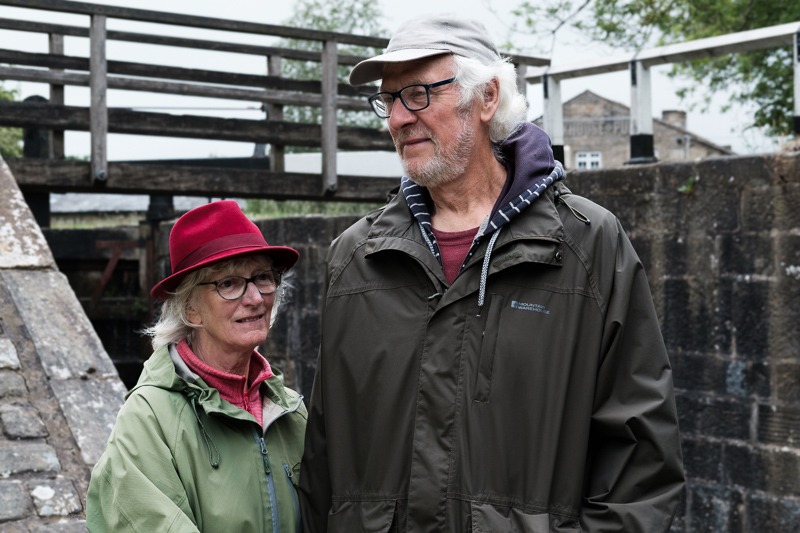 I struck up a conversation with Sandra and Alan by commenting on a newly started greenfield housing development alongside the canal at Gargrave. They’ve lived on the canals for 34 years and are still in lockdown – The Canal & River Trust (CRT) have ordered that the locks should not be used during Covid lockdown and have also advised to minimise use of the canal towpaths by walkers. There are large numbers of moored boats where one might normally see very few.

I found out useful things through talking with them. They were careful to say that their experiences cover many years and things may have changed since they last visited places.

Sandra and Alan’s appearance was similar to many along the canal, sporting ‘outdoor clothing’. However, their willingness to talk did make me think that even if I don’t manage to find people that are visually interesting, it might be that I can bring people into my work through their words.